Ukraine: From a student’s perspective (Paul Noel and Montreal Robinson)

Posted on April 6, 2022April 8, 2022 by Paul Noel
The Russian invasion of Ukraine is becoming a hot subject across the world, and has been trending on Twitter since February 24. The Russian military buildup that has been going on for months and has now culminated in a full-fledged invasion of Ukraine.
Carrboro students are mixed on whether or not America should become involved in the Russian-Ukrainian conflict. “If I could be there while I’m curing and helping them out, I would. I definitely think they need more people, especially since their army is very small” Yadira Vargas Arriaga said, an 11th grade student at Carrboro. This sentiment seems to be pretty common among students.
A lot of students feel like they would be able to help in Ukraine if given the chance. An anonymous student also considers it America’s responsibility to intervene: “It’s not that we’re fighting against a person to gain that land for ourselves so I don’t think it’s a responsibility I think it’s a need to help.” It looks like there is a sizable population of students who would consider helping out in some way or another with the Ukrainian effort.
A frequently discussed question is whether the outbreak of war is a cause for fear. “I definitely think it can impact us with economic stuff going on, especially gas prices going up; I am concerned for people around the world, including ourselves”, Arriaga said.
Russia is not the only country that students are worried about. When asking students about whether they were more scared of Russia, China, or America, there were some very interesting answers. Yadira Vargas Arriaga said “I definitely think China is one of the most powerful countries … they have the best weapons and the best army compared to the rest.” This is a very interesting topic to think about in general.
Could the intervention of the United States cause the Russians to declare war on the United States?
The sanctions placed on Russia have sparked a wide range of reactions. “I feel like it’s not fair to the [Russian] people but I definitely think it’s fair that Putin is receiving these sanctions cause I know it’s gonna affect the economy and he’s one of the only presidents that I know has believed that he’s the strongest person and has the most money within the economy so I think it’s good”, Arriaga said.
“I think it’s unjust on the Russian people because I hear some of them are not with Putin so you know it’s tough but it’s there to be there and their military honestly”, Keti Alemayehu said. Many Carrboro students have said the same thing: because of the ignorance of Putin, that Russian people have suffered. But everyone we talked to hopes that this war will be over as soon as possible .
Nobody is sure what is going to happen next. With how fast this situation is moving, by the time this is published the situation on the ground will be different. These are just some of the Carrboro Students’ opinions about this rapidly developing situation. 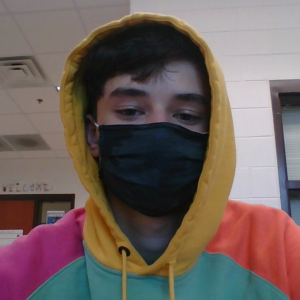