How No Way Home is Nostalgia Done Right

It’s been over a month since the release of the multiversal madness that was the third installment of the Marvel Cinematic Universe’s (MCU) Spider-Man franchise, Spider-Man: No Way Home (2021), which has brought a lot of nostalgia for fans of everyone’s favorite neighborhood hero.

Hollywood’s rising star Tom Holland once more takes the role of Peter Parker following the events of Far From Home (2019), which saw his identity as Spider-Man being revealed to the public under the false pretense that he was responsible for the drone attack and death of Mysterio. This sends Peter’s life into a spiral as he and his friends face continuous backlash from the public, interfering with their daily lives, and ultimately causing Peter to seek out famed sorcerer Doctor Strange. The sorcerer casts a spell to make the world forget Peter is under the mask, which goes terribly wrong and causes a rift in space-time, opening the multiverse and bringing multiple familiar faces from the previous Spider-Man films into the MCU.

Many fans online speculated prior to the film’s release that we would see an appearance from past Spider-Man actors, Tobey Maguire and Andrew Garfield. After months of anticipation, the rumors came true–and the beloved actors of the past donned their heroic spandex suits once again, generating insane levels of hype in the process.

What could’ve been a cheap cameo for the sake of pure buzz, Maguire and Garfield were instead woven into the narrative to serve as development for Holland’s Peter Parker, who is not only the next in line in being the successor of the late Tony Stark, but also the face of the MCU franchise moving forward after the end of the Infinity Saga that began with Iron Man (2008) and concluded with Far From Home.

Many studios rely on past intellectual properties in order to bank on the nostalgic consumers that take up the box offices these days. Disney is the one of the main perpetrators of this trend, with the monopolistic juggernaut spurting out a plethora of live-action remakes and half-baked sequels in recent years. Some notable examples being Aladdin, The Lion King, Mulan, and even Dumbo.

What these remakes share is they all have done fairly well in the box office, with The Lion King grossing over a billion dollars. Though what could have been a nostalgic cash-grab with No Way Home, we were instead treated to a rare instance where an act of nostalgia in fiction was done right.

No Way Home revolved around the theme of Peter coming to terms with the responsibility of taking on the role of Spider-Man, now more than ever following the death of his mentor and renowned hero, Tony Stark/Iron Man. The unveiling of the multiverse came from Peter’s errors and the entire film follows the young hero attempting to right them.

Throughout the film, Peter comes across the villains of the past films under the Spider-Man name, with the notable standouts being Otto Octavious/Doctor Octopus and Norman Osbourne/Green Goblin. He manages to succeed in constraining each antagonist, though, instead of sending them back to their universes where they would meet their demise, he finds an alternative in removing their powers (after some convincing from his generously caring Aunt May and some help from his best friend Ned, and girlfriend MJ). This, of course, doesn’t fare well with Strange who warns Peter of the repercussions this will bring upon him and his friends, though the naive web-slinger refuses to comply.

William Dafoe’s bone-chilling portrayal of Norman Osborne/Green Goblin brought tension to the film, when performing his split personalities that the goblin formula granted him. Under control of the Goblin, he convinces the villains to keep their powers which leads to the death of Aunt May from the green monster himself.

Peter vows revenge on his aunt’s killer and slowly begins to lose hope as a hero, before Ned brings the Peter Parkers of the other universes to theirs. Maguire and Garfield’s Spider-Men offer guidance to Holland’s Peter, and encourage him to right his wrongs and not seek vengeance, spoking from prior experience.

This brings us to an action-packed battle sequence between the three Spider-Men and the five villains at the Statue of Liberty. The scene sees the three Peters work collaboratively to defeat their opponents in spectacular fashion with some touching moments thrown into the mix. Holland’s Spider-Man gets his time to shine in a one-on-one fight with the Green Goblin himself, in a well-choreographed fist fight that nods to Maguire’s own battles with the evildoer back in Spider-Man (2002). Holland’s Spider-Man gets the upper-hand moments away from killing the Goblin before Maguire’s Spider-Man steps in. What makes the moments like these stand out is that they weren’t solely for fan-service but also served to move the plot forward and give dedicated fans some closure from previous films, with the scene involving Garfield’s Peter saving MJ from near-death as requiem for being unable to save in own girlfriend in The Amazing Spider-Man 2 (2014). Combining these pivotal factors when it comes to the two legendary Spider-Men, brought a new side to Holland’s Spider-Man that many fans have now grown to appreciate.

In the first two films of the MCU Spider-Man, we saw a more reckless and naive rendition of the masked adolescent hero, but by the end of No Way Home–when Peter’s mistakes eventually led to the entire world forgetting his identity in order to prevent the multiverse from cracking further and allow his friends to live peacefully–we see a matured Peter who is forced to fully embrace his fate that was embedded with him the second he took on the webbed mask. Bringing the beloved former web-slingers to the MCU was no simple marketing tactic like many other films have done in recent times, but rather as a way to elevate Holland’s Spider-Man as a character who can match the caliber of Maguire’s Spider-Man while also redeeming Garfield’s Spider-Man who was infamous for the poorly received films he starred in. No Way Home was more than just a popcorn flick that some may consider the MCU films out to be. It was a cinematic event that celebrated the comic book character that is Spider-Man and cemented Tom Holland’s role as a worthy successor. It was nostalgia done right. 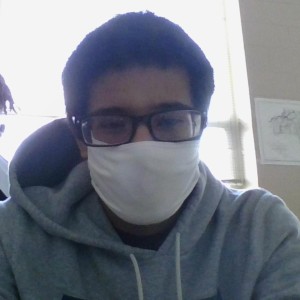