Posted on April 4, 2022April 6, 2022 by Iris Eyster
Gifted education programs, like the one in our district (LEAP), give students who are fast learners the opportunity to be challenged. But these programs can become competitive and inequitable, and so policies have been changing in the last few years.
“When we identify children only on test scores, we pick up certain kids very consistently, and we miss kids very consistently. So the changes that I made in that program were around using a holistic identification process,” Katheryn Kennedy said.
Holistic identification process is a phrase that has been used a lot in the CHCCS gifted education plan for the 2019-2020 school year. I spoke to Katheryn Kennedy, the new director of gifted education in the district, about what this means.
“We use top 10% data of every student group; we run a universal screening, so all students take the test in third grade, with an opt-out instead of an opt-in option.”
By making it so that everyone takes the test, Kennedy hopes to overcome some of the implicit bias that often surrounds who teachers choose to take the test. This used to be by recommendation only, which tended to benefit students with wealthier or more educated parents.
“In the past, I would often say, yes, LEAP did benefit certain students over others. Especially when kids take an above-grade-level achievement test. How would they have access to math, for instance, above grade level, unless someone provided that exposure?” a former LEAP teacher who chose to remain anonymous said, when asked about this.
Before 2019 students could get into LEAP in one way: testing. This testing relied on students knowing how to take tests, knowing information they may never have been taught at school before, in addition to being recommended by a teacher.
“In third grade it was standard, and then I took the test and was put into LEAP, so I kind of just missed fourth grade math and science; there was no transition,” Ian Lim, a former LEAP student, said.
Missing information in some content areas is an issue for many former gifted students. Children who are highly advanced in reading are often overlooked, so Kennedy hopes to change this through the aforementioned holistic process.
“We look at the COGAT, and we change how we look at those scores, because we were disproportionately advertising students who were really solid in visual spatial and numeric problem solving, which tends to kick in a little sooner for boys. Girls tend to come into their verbal strength a little earlier, and boys tend to get their vial special earlier.” That being said, there is still not an advanced reading class in most of the middle schools.
Racial demographics have changed in the gifted program to more closely represent the demographics of the district as a whole. “The students who are placed in LEAP in fourth and fifth grade, since this shift, fairly closely mirror the district demographics, so about 10-12% African American, about 14% asian, about 47% white, about 14% multiracial,” Kennedy said.
Another change is identification based upon leadership abilities. “We then also use a holistic, multi-disciplinary team, that’s made up of classroom teachers, administrators, an equity coach, art music, PE… You could be an absolute leader in Physical education, but that might not show up in your test scores. You might be the kids who everybody looks to to set up the rules of the game—that’s a form of leadership. So we have this holistic approach [looking] at all the different ways that children show their strengths.”
But in terms of measuring leadership, it still leaves out students who might be shy, and yet academically advanced, something that is very common amongst girls. “Oftentimes boys act out, they become disruptive, whereas girls go inward and shut down, because of the way we’re socialized,” Kennedy said.
“Some students really need this program. They learn very fast, often not needing much repetition – they get it the first time. They need to move at a faster pace than the average classroom and LEAP is set up for that. If the student needs 6th grade math in the fourth grade, they can access that in LEAP. They also need to go “deeper” into subjects and again, the program allows for that. Socially and emotionally, it often benefits students to be with others who might have similar abilities or interests,” the anonymous former LEAP teacher said.
Treating academically “gifted” students differently in more than just difficulty of coursework can lead to students having difficulty with “Growth Mindset,” or the idea that intelligence is not fixed. If students are told that they are smart from a very young age, and it is presented as a fact of life, and do not understand how to improve.
Many students who are academically advanced work at a faster pace than others and would not be challenged in standard classrooms, thus stunting their problem solving abilities. “They should have just treated it like a normal classroom and assigned work that was just a little higher than standard. Because if they had just treated us like normal kids then no one would have gotten into that competitive nature and gotten that complex,” Lim said. 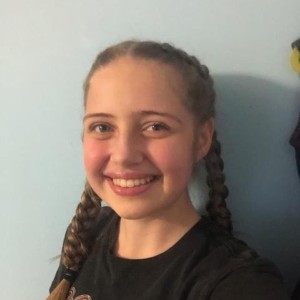