Concussions affect Carrboro students, in the classroom and out

William Moon got a concussion after getting kneed in the head during wrestling and still suffers from it 2 months later. With symptoms of headaches, nausea, involuntary ticks, focusing issues, and more. This has caused him to struggle academically and has limited his ability to do one of his favorite things—working out.

A concussion happens due to a hard hit directly to the head or the violence of the shaking of the head and body. Concussions do not always come from a direct collision with the head. For instance, in football, if you take a hard hit on your back and your head jolts back and forth, this can also cause a concussion.

A repeated concussion can also cause Chronic Traumatic Encephalopathy (CTE) which will last throughout a person’s life and can alter their behavior. In some cases, it may get so severe that it could lead to dementia.

There are many side effects of concussions on kids and adults. Some of these symptoms are headaches, ringing in the ears, nausea, vomiting, and fatigue. You can also have brain fog and feel dizzy. “Sometimes I have to go home in the middle of the day if my headaches or nausea are so bad,” William Moon said.

These symptoms can cause students to struggle with their school work or not be able to take part in school. “I have a lot of difficulty focusing and following the progression of a simple class. I also struggle with academic stamina, meaning that it’s hard for me to do work for an extended period of time,” he said .

It can take a long time for athletes to fully recover and return to their sport. “On average I would say it takes athlete’s 14 to 21 days to fully return to sports without restrictions from the day of initial injury/concussion diagnosis,” said Myranda Fields, the athletic trainer at Carrboro High School.

In the NFL, there are concussions every week. In 2009 the NFL implemented the 5 step concussion protocol to increase the safety of athletes. Before returning to play in the NFL, players have to get examinations from neurological consultants and the team doctor. This is also in place at Carrboro High School.

“I also communicate with the supervising physician and get their input as well before fully allowing an athlete to return to athletics,” Fields said. There are many reports in the NFL that these protocols are not taken seriously on some teams. The NFL has also made new rules for safety like banning helmet-to-helmet hits.

Concussions can happen in any sport but Carrboro High School is prepared with a strict return to play protocol. 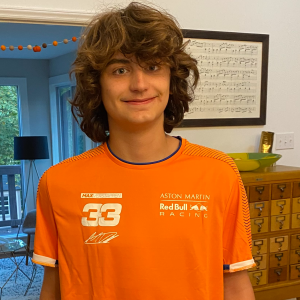