Global warming and its harm on our planet has increased interest in what is to be the biggest and riskiest human quest yet: going to mars. Humans are expected to land on the planet at some point in the 2030’s. One person that’s behind leading this mission is Elon Musk. NASA and Musk’s company SpaceX are collaborating to complete this challenging project.

Why Mars? Scientists consider Mars to be a comparatively livable planet. Mars is the fourth planet from the sun, therefore its climate is neither too hot nor too cold. Because of the geography of Mars, especially its mountains, scientists think that the red planet formerly had seas, but that water was just found.

The quest for Mars starts with the ongoing danger of global warming. As the earth begins getting hotter, there is an increase in violent natural disasters. We asked some Carrboro High School students what they thought:

“[The Mission to Mars is] to learn more about our space, and just gives a different perspective of space,” says Steffany Rodriquez, a Junior at Carrboro High. Do we need a reason like global warming to go to mars? Perhaps humans should just go because of interest.

Although many are in support of the uneasy mission to mars, others beg to differ.

“It’s a money sink,” says Alexandra Atkins, a freshman at Carrboro. “Governments and private companies should spend their money on something more worthwhile,” says Atkins.

“The US could increase their budget for teachers as opposed to spending money on space travel,” says Atkins, whose parents are a part of the education system.

“Going to mars doesn’t evolve mankind, only technology. People who can’t afford to go to Mars will not evolve or advance, so I wouldn’t say it would help mankind evolve, but that it would help technology evolve,” says Atkins.

Is it all worthwhile, then? Perhaps our focus should be more down-to-earth.

“Governments and private companies should focus on other issues first–we should do everything we can to help Earth before moving our focus to another planet,” says Atkins.

Why move towards a colonization of a new planet, when we could still save our planet? Global warming is a worldwide problem, and should be an issue every country should look to solve. Is a Mars mission a life-line for earth or just a distraction? Students at Carrboro are not decided. What do you think? 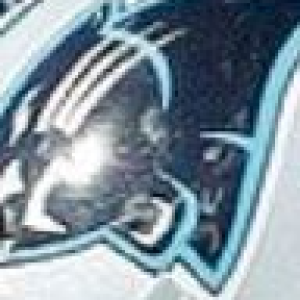