In November 2021, Chapel Hill-Carrboro City School District got three new school board members. George Griffin, Riza Jenkins and Mike Sharp were elected by the district’s voters early last month. Their job will be to create smart, community-supported goals and policies for elementary, middle and high schools in the district.

After living in Chapel Hill for 40 years, George Griffin joins the CHCCS school board with the support of Equality NC, INDY Week, and the Daily Tar Heel. Born and raised in Detroit, Griffin obtained his M.E.D. in Special Education from Duke University, as well as a Ph.D. in the same field from UNC. He stayed in the area to work as a special ed. teacher, which he did for 46 years before retiring and now becoming a school board member.

He hopes to push for high-quality teaching for everyone: those with unmet social or emotional needs, those with underpaid parents in the expensive district, among others. He currently has two children who are students in the district, and hopes to create a supporting environment for them and their peers.

Riza Jenkins enters the school board after graduating from NC A&T University and Howard University. She started her own business, Azir Group LLC, a business management consultancy after working as a NAACP Voter Empowerment Coordinator. Jenkins also worked in clean energy at Strata Solar before continuing to Summit Ridge Energy, where she was Vice President of Asset Management. Her kids attend Seawell Elementary and Smith Middle School. She aspires to be a “change agent”  in the district and to focus on diversity and equity. She also hopes to maintain financial transparency, accountability, and fiscal responsibility.

The third and final new member of the school board has taught in the district for 16 years at McDougle Elementary and Culbreth Middle: Mike Sharp. A veteran teacher, he won teacher of the year at McDougle before transferring to Culbreth, where he taught technology. Sharp’s goals for the district are to help people on the “wrong side of the achievement gap”, referring to both EC and EL students. He wants to advocate for trans athletes, plus girls and people of color in STEM. He also hopes to stop the lack of diversity in some sports. As a veteran, Sharp thinks he will add a new and different perspective to the district. 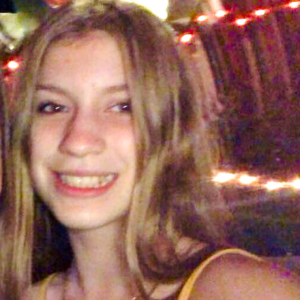