But the newcomers are not freshmen; they are bees. Environmental science teacher Stefan Klakovich is among several teachers and students who welcome their arrival. “The bees found us,” he said.

The Orange County Beekeepers Association serves to promote beekeeping and protect local hives. They do so by installing hives in public areas to increase awareness. The public and calm environment of CHS seemed an ideal area for installation. So when John Rintoul of the OCBA reached out to the school, Klakovich was eager to accommodate the bees. “I just jumped at the opportunity,” Klakovich said.

Klakovich plans to integrate the bees into his lessons on ecosystem services, a term to describe environmental benefits for humans. According to Rintoul, bees are vital for food production, with one-third of human food consumption reliant on pollinators.

Despite the species’ benefits, bee advocates argue they are misunderstood. Though viewed as aggressive, honey bees are a defensive species according to Rintoul and Thomas. Yellow jacket and wasp stings are often mistaken for bee stings, Rintoul explained.

Senior Rodrigo Dubon hopes to counter such incidences. During his junior year, he started the CHS Bee Club. The club’s mission is to raise awareness of the species’ importance, as well as the dangers bees face. “If more people learn to appreciate the crucial roles that bees have in our environments, then maybe they’d be willing to step up and… help stop the gradual decline of their population,” Dubon said via email.

Before CHS housed hives, the Bee Club had limited options. Dubon is excited for the opportunities the bees bring to campus. “Since the hives are permanent, students will be able to get some hands-on experience with bees,” he said

Students looking to learn more about beehives are encouraged to join the Bee Club. Anyone interested in beekeeping can attend the OCBA Bee School, starting in January. Scholarships will be awarded to two or three students, and the application process begins in November. 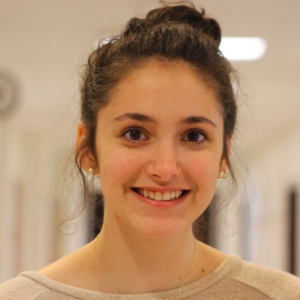